Devex opinion: How can we crack the financing nut for urban sanitation?

CBSA Coordinator Isabella Montgomery writes for the Devex WASH Works series in advance of this year’s World Water Week conference, at which CBSA is co-convening a session on Catalysing Sustainable Futures for Sanitation? Innovative Financing and Planning Tools on Thursday, Aug. 26, from 9-10:25 p.m. CET.

Scaling up off-grid, market-based solutions such as container-based sanitation, or CBS, has significant potential to reach underserved urban populations and provide them with proper sanitation services, while also boasting added climate benefits. The tools we need to make this happen are out there, but we must clear the hurdle of opening minds to new sanitation systems.

Recently published figures from the United Nations highlight that the degree of development in sanitation requires a drastic increase. As things currently stand, only 67% of people are projected to enjoy access to safely managed sanitation by 2030 — leaving 2.8 billion people behind.

The highest barrier to mitigating the sanitation crisis lies in the resilience of the status quo: The world’s preoccupation with sewers as the most efficient form of sanitation.

While sewers will continue to play an important role in sanitation systems, we cannot rely on them to reach everyone — and certainly not the most vulnerable. In many remote, hard-to-reach areas, sewers can be challenging to build or are not feasible at all.

This is recognized by the World Bank’s Citywide Inclusive Sanitation initiative, or CWIS, which is led by the bank and others spearheading efforts to shift urban sanitation planning to more contextual, sustainable, and equitable solutions.

We urgently need to see significant support lent to off-grid solutions and the financing mechanisms necessary to enable them.

What are the options, and how can meaningful growth be triggered?

Off-grid options include pit latrines, septic tanks, and CBS. CBS is an innovative solution in which an enterprise provides toilets with sealable, removable containers that are emptied on a regular basis for the safe disposal or reuse of waste.

This is suitable for challenging geographies where low-income communities are often forced to live, including areas that are densely populated or have rocky or unstable soil conditions, high water tables, limited water availability, challenging topographies, or vulnerability to flooding. In 2019, a World Bank report concluded that CBS should be considered as part of CWIS’ menu of options.

While sewers will continue to play an important role in sanitation systems, we cannot rely on them to reach everyone — and certainly not the most vulnerable.

Off-grid solutions have been routinely perceived as expensive options, but recent findings by Ernst & Young revealed that off-grid solutions are, in fact, lower cost. CBS services were found to be the most cost-effective form of safely managed sanitation. By pivoting to more contextual solutions, sanitation planners could reach people in greater numbers, at faster speeds, and at reduced expense.

How to finance innovative sanitation solutions

To scale up off-grid solutions impactfully, we need to see a boost in public procurement. This will require many governments and sanitation authorities to change the way they award contracts.

With the myth of CBS’ costliness dispelled, the next challenge is to chip away at the unfamiliarity with its cost structure, which is comparatively more expense-driven than other systems of sanitation.

One promising form of contracting is results-based financing, or RBF, which ties the provision of funding to the achievement of desired outcomes. The potential of results-based financing to foster more efficient and equitable sanitation services is not a new idea, yet its use in the sanitation sector has been limited, despite successes in health and education. In the water sector, the Uptime consortium has recently seen considerable success with its RBF “catalyst fund” for rural water services.

If governments and funding institutions enhanced access to this form of financing for sanitation, then that would be transformative for the scale-up of affordable urban services and a win-win for all parties involved thanks to added efficiency gains and risk alleviation.

Another key factor is the need for subsidy reform. While there is a demonstrated customer willingness to pay for CBS in even the most economically vulnerable communities, those who are hardest to reach do not have the means to pay, regardless of how much they value access to a toilet. As such, all forms of sanitation will always likely require some form of subsidy if we truly hope to reach everybody.

But in 2019, “Doing More With Less: Smarter Subsidies for Water Supply and Sanitation,” a study of 10 countries, highlighted that an average of 56% of water supply and sanitation subsidies reach the wealthiest 20% of the population, while only a meager 6% reach the poorest 20%. The majority of subsidies go to water, urban, and networked services.

Urgent attention is required to help cities deal with the impacts of climate change on vulnerable communities’ access to clean water and sanitation, according to WSUP’s Neil Jeffery.

This is a serious injustice, and governments urgently need to reform subsidies to ensure they support their intended recipients. We must see a better balance of subsidies across water and sanitation, as well as between rural and urban areas, and they should go beyond just networked options to target and incentivize the growth of services that suit low-income communities.

Another emergent financial instrument involves carbon offsetting. Despite the precarious situation the world has found itself in with the climate emergency, very little is said about the link between greenhouse gases and ineffective sanitation, which accounts for roughly 2% to 6% of global methane emissions, according to an article in the Nature Climate Change journal.

When managed correctly, sanitation services have the potential to mitigate adverse climate impact. Emerging research shows that CBS systems can significantly reduce global greenhouse gas emissions from sanitation. By separating waste, they reduce the anaerobic degradation that produces methane. They also require less energy than conventional wastewater treatment, and many services recover nutrients to produce sustainable, value-added products such as compost and biofuel.

These reusable products represent a valuable revenue stream for CBS providers, alongside customer fees. Carbon offsetting could be an interesting addition to the mix, as it represents an additional revenue stream.

By incentivizing climate-positive sanitation, there is potential for sanitation investors to not only reduce climate impact but to unlock more revenue streams, driving down costs and supporting further growth.

With a bit of innovation and creative thinking, much more can be done to reach underserved populations and protect the climate. The good news is that solutions exist, so we are halfway there, and the hard work consists of raising awareness about innovative and sustainable sanitation systems, as well as the requisite financial instruments to enable them.

The CBSA and its members are convening several exciting sessions at this year’s World Water Week. We look forward to seeing you there! Sessions co-convened by the CBSA Wed 24 Aug 20:00-21:20 CESTOnline ‘Service Subsidy’ Read more…

The Container Based Sanitation Alliance (CBSA) is excited to announce that our first Executive Director, Rémi Kaupp, has officially started his role with us in June. Rémi comes to us from WaterAid, where he was Urban Sanitation Advisor Read more… 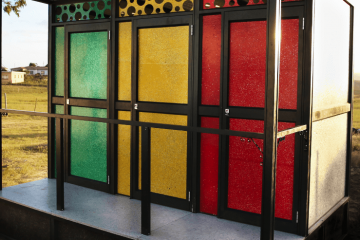